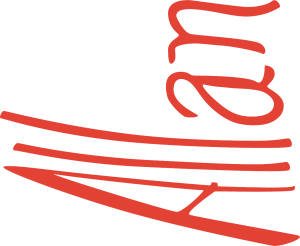 The Hand Of God

“The Hand of God” started life as something completely different and was intended to be a comment on my spiritual home and my connection with it.

I was born in and lived in Western Queensland and have a very strong connection with that place and although gave up that life 14 years ago it calls to me daily – go figure 🙂 I wanted to paint that feeling and at some level use the painting as a way to get it out of my system.

It didn’t work out like that. Every painting speaks to the painter and lets you know how it wants to be and from the very start this painting wanted to be something very different. I now take that to mean ~for me that connection to the land wasn’t meant to be broken. The painting refused to be painted how I wanted‚ the paint wouldn’t dry properly and would run and blend even though I was using it as I had always done. I did my work at that time in a studio (aka shed) in an open doorway to let the natural light wash in over the work. Each time I left the work the wind would blow in and blow it down off the easel‚ this happened 5 or six times and sand would get on the fresh work and become part of the patina. It had never happened before nor did it happen after.

Eventually I concluded that it wasn’t going to work and decided to paint over it and set up as a fresh canvas but the paint reacted with the previously painted parts of the painting and cracked and blended and again fell off the easel. I went from frustrated to fascinated and decide to just go with the flow and go right into right brain mode and let intuition guide me‚ and it became a multi layered piece where there was ever increasing chaos layered over control and plan and so it became what it is. I decided then that there was a very strong intuitive force at work and called the painting the Hand of God. I think I was being told my connection wasn’t to be broken at that time and to show me that we are really only conduits as painters and that I had a lesson to learn.

It is quite a powerful piece more so when you are with it than to see it via a photo. My artist friends love it and it is love or loathe for most people. Certainly no shades of grey. The external influence continued and continues with it. It is a painting with a lot of paint and that paint for some reason has reacted with different elements in the painting so that there are tears in the canvas where the surface tension has ruptured the integrity of the canvas. I did think of cutting the canvas and discarding the tears but decided they were integral to the work. I did it over seven years ago but it is still evolving as the depth of colour becomes more complex‚ it seems to have a life of its own.

It is a large piece so it has real presence in a room‚ which can be intimidating for some‚ I luxuriate in it.